The Roblox Guide For Both Newbie Kids And Parents

Roblox is a community-based game that encourages people to actually mod it. People from all over the world play Roblox and what makes it really appealing is that it has the support of both the developers themselves and the modding community who contribute immensely to the world of Roblox and its hundreds, if not thousands of minigames within its capable servers.  When it was first released in 2006, it was viewed as nothing more than an offshoot of Minecraft but quickly distanced itself from the other. Yes, it was similar in the graphics department but the similarities ended there. Roblox quickly became as popular and even more. More players are attracted to the “modded” feel of the Roblox community and virtually every single interest has representation in its game lobbies. Very quickly, roblox tutorial are in the kids youtube feeds, and tips for players are what the kids are searching for. Below are some of the most practical and common sense tips that you can find when you are a parent of a Roblox gamer.

This is actually a question that should be fielded on everything that kids touch online, everything on the internet is a tool and tools, as such, are double-edged. When you have a toddler that is very active in Roblox, you can either let him stop playing it or closely supervise what he or she is doing online. For parents, Roblox is confusing and adding that to the fact that newly created games are being added on every day, it would seem unmanageable. This is actually what makes the game appealing to kids as here is something that mum and dad do not actually get! This is why as a parent, one should take the time and effort to really learn what their kids are playing in order for them to understand what is going on exactly. Roblox is also the victim of bad publicity and negativity, mostly from competitors. Some netizens capitalize on instilling fear on parents just to get their views jacked up by frantic parents cutting their kids internet. There is actually very little to be gained in a roblox hack, the real danger comes when predators take to the online nature of the game and try to chat up little boys and girls. This happens very rarely but parents should always be on the lookout. Know what your child is playing and participate in them actively. Some parents have Roblox accounts themselves and have their kids as friends just so they know what game they are playing. Some lucky parents actually even enjoy the games! Roblox is as safe as any game with constant vigilance from parents. Furthermore, because of its user-generated games, the content can start innocently enough, to downright disturbing and violent content. However, the best games will have some built-in safeguards to counter this. Roblox has this and also allows the parent’s email to be linked to their children’s accounts and thus limit the games that they would have access to. 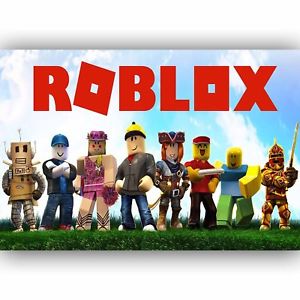 What Exactly Is Roblox?

Roblox is actually an online game creator system where most of the games are created by the players themselves. Again major appeal to kids as these games that they play are actually made by other kids and the great thing about it is that they can create their own as well. There is also the increasing popularity of mobile games which put the game right in the palm of their hands. In games news, mobile gaming has surpassed both PC and Console gamers as unlike the other platforms, almost everyone on the planet has a smartphone. This has made Roblox possible to be played by children worldwide. The appeal and playability of Roblox are somewhat similar to the playgrounds of yesteryears where kids can literally do and build anything. The Roblox community is the digital version of the playground and as such only kids that are native to the internet can really appreciate it fully. One kid can just proclaim in the Roblox lobby that he wants to play hide and seek, and others with the same idea will flock to the kid that created the game and they will go and have the time of their lives online.

Parental controls, in this case, is not just there for your children, but for an also important part of the family – your credit card. Password protecting will help but for safety reasons, let them use a prepaid debit card, so they still go to you when they need something. Sometimes, just the thought of going through their parents and explaining what they need the money for is enough of a deterrent. The purchases are for in-game content and usually for aesthetics on their characters called skins and are extremely popular with players. The built-in parental controls will not work if you are not accurate with your child’s age as this is the trigger that will activate options for the parental restrictions that you can manipulate as the parent. For instance, this will trigger a higher level of filtering on chat applications and limit the games that the kids will be exposed to such as violence. This would also allow you to limit the games to just those that are made by Roblox or curated by them. This means that these games have undergone passage through Roblox own content Filtration systems in place and therefore, relatively safer than user-generated content commonly found all over Roblox.

Online safety is extremely effective when the participant is acutely aware of the dangers that lurk online. Stronger passwords and close monitoring of the youngsters help prevent most things from going bad. And as parents, this squarely falls on your shoulders. Fortunately, there are automated safety functionalities that are built in for most kids games now, and you have the power to unlock them. Be honest when filling out the forms about the age of your kids and make sure that you devote the needed time for your kids safety. Most of the bad things that happen with these things is because of negligence and do not let your kids be among them just because you’re too lazy to fill out forms.

admin
Have a better life after retirement
Why to apply for Retail Crew Part time jobs Singapore?